Safe Water Sports Organization and the French Institute of Greece (GIE) / the Embassy of France in Greece signed on February 4, 2019 at the French Institute of Greece, in the presence of the French Consul in Greece, Mrs. Céline Pendariès, a Cooperation Agreement for the joint implementation of programs and awareness actions regarding safety issues in the water and in the sea, addressing Greeks who study French or they are French-speaking, tourists or expatriates who reside in Greece.

Due to a recent decision made by the Ministry of Tourism, the existence of certification of facilities and equipments regarding the water sports centers and recreational activities such as the ''water sports certified quality'' model isued by TUV Austria Hellas, it now participates in the star rating category of each hotel.

Safe Water Sports's collaboration with TUV Austria Hellas is progressing in a significat way by increasing the number of the licensed certified water sports centers in Greece. 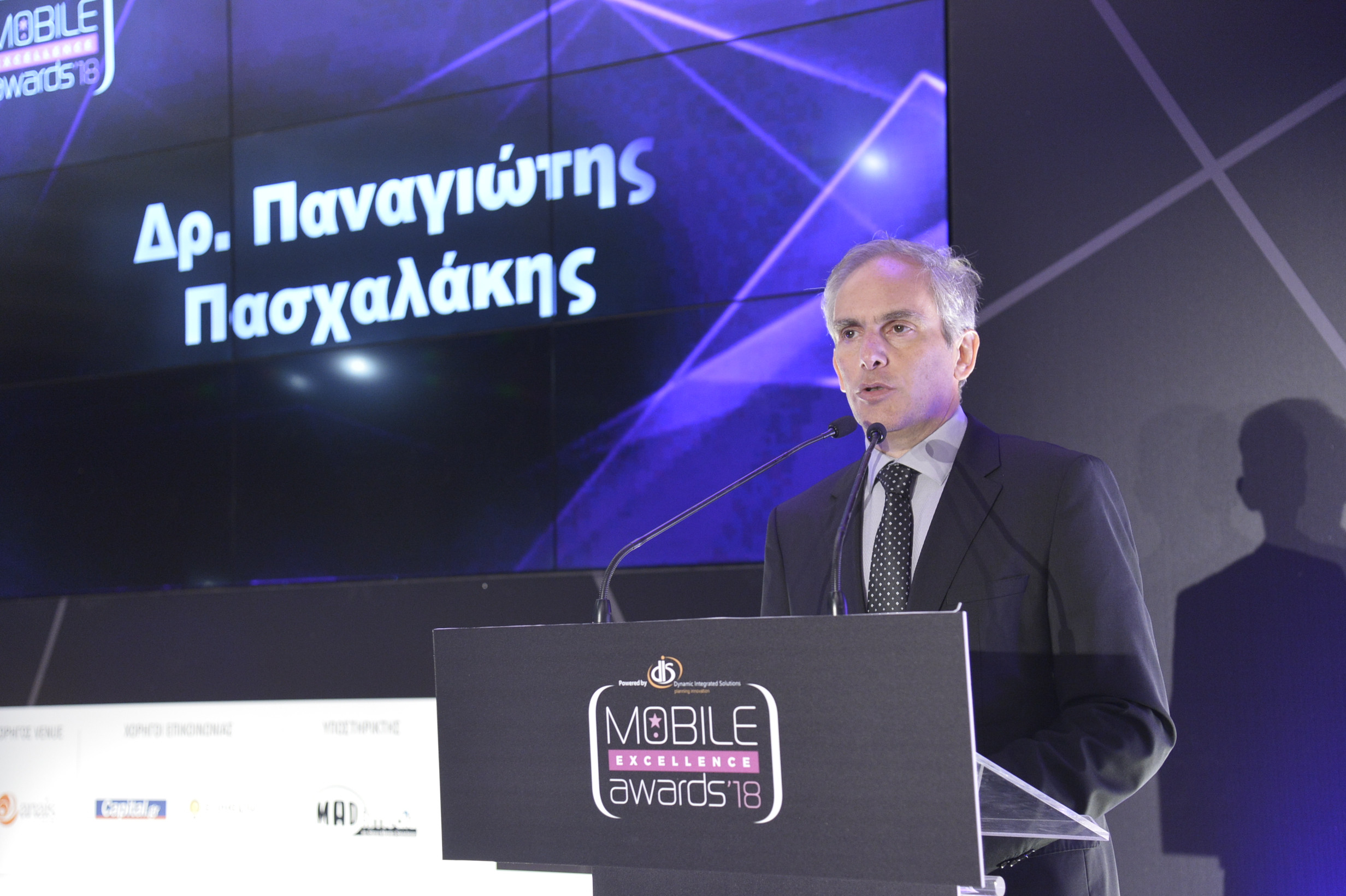 Three awareness and educational centers that will inform both children and their parents about safety at sea and water sports through entertainment, began operating in Mykonos, Dilesi and Vouliagmeni.

According to him, ''Perseverance is the key to diving. Patience. Restraint. Training. Concentration. Going beyond what you thought you we're capable of.''

The new legislation concerning water sports and recreational activities is the General Regulation of Port No. 20 that refers to "Speedboats and Other Recreational Water Activities" (No 3131.1 / 03/99 Official Gazette B 444 / 26.4.1999) which initially came into force in 1999 with few modifications to been made since then.
On 23/5/2018, Mr. P. Kouroublis, the Minister of Shipping and Island Policy, approved the amendment of the General Regulation of Ports No. 20 named "Speedboats and other recreational water activities". (30 May 2018 2nd Issue, p. 1929), which was composed by the competent services of the Coast Guard.
Safe Water Sports has contributed in a significant way to the reconstruction and improvement of the regulation, in cooperation with the Pan-Hellenic Association of Coaches and Lessors of recreational water activities. The main objective of the new regulation is to increase the safety factor and prevent sea-based accidents. 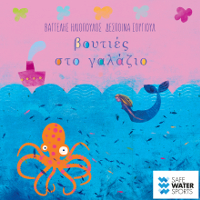 The first CD of Safe Water Sports called a "dive into the Blue" has been released with the support of MINOS EMI.
Many famous artists participated in the accomplishment of the CD. The music is composed by Despina Sougioul, the Greek lyrics are written by the author Vaggelis Iliopoulos, the English lyrics are written by Faye Kafetzopoulou, the orchestration - programming is performed by Lefteris Xanthis and the Production's Management is conducted by Nektarios Kokkinos. 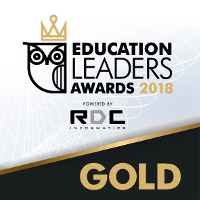 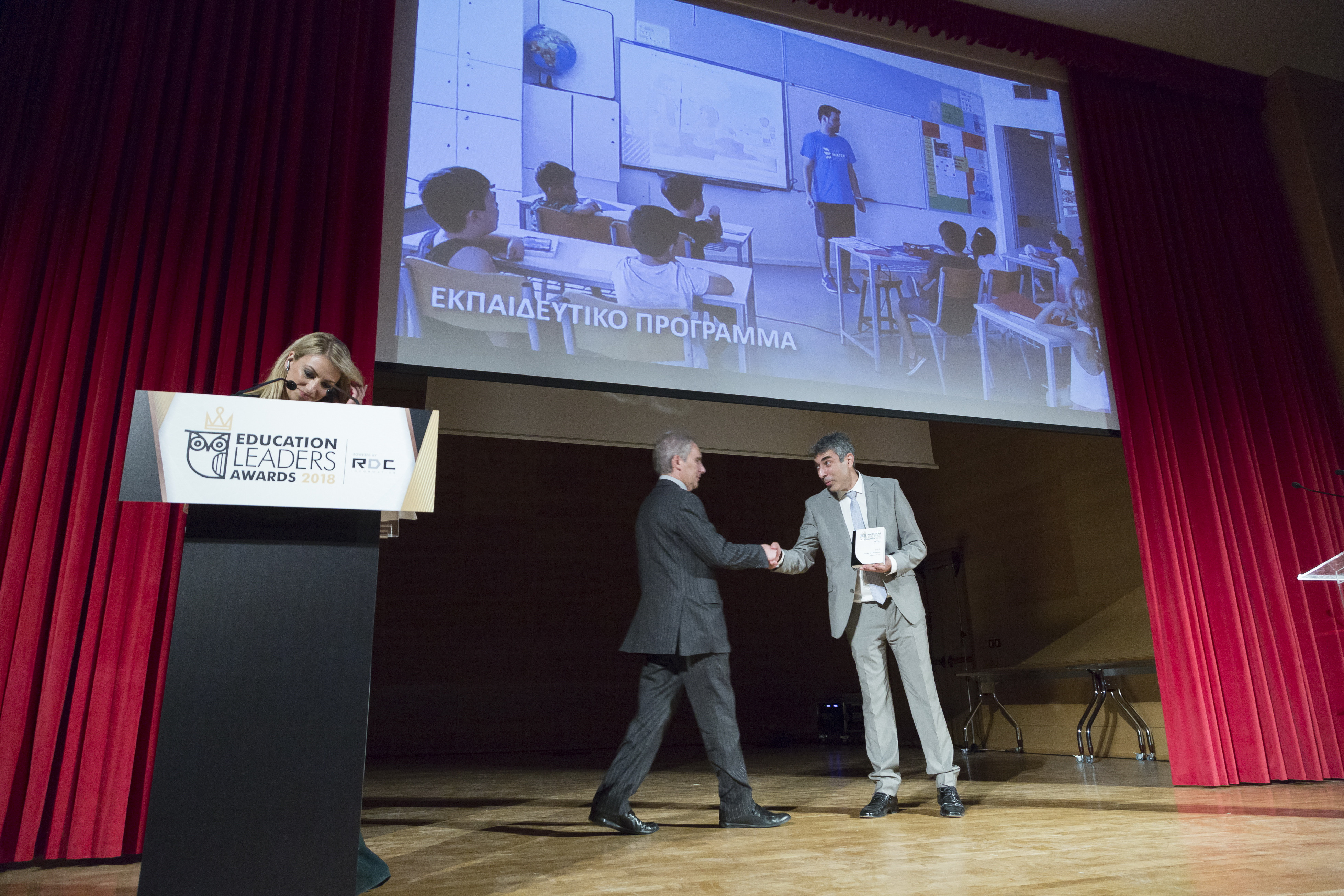 Safe Water Sports won the Gold Award in the Education Leaders Awards 2018, powered by RDC Informatics and Boussias Communications, for its initiative of the Educational Program. 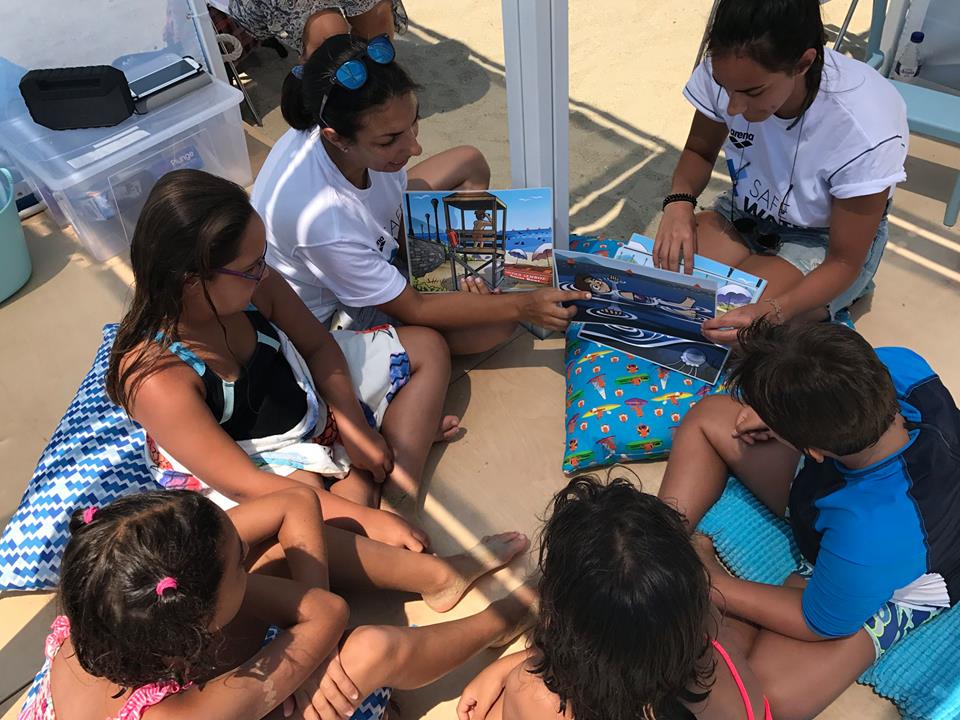 Now that summer is approaching, join us in the Mediterranean Garden, Stavros Niarchos Park, for Safe Water Sports, an opportunity to learn how to be safe while enjoying water and having fun. Swim in your imagination at the gorgeous Safe Water Sports Beach, along with your favorite Playmobil sets, and discover how to stay safe on the beach and in the water. Identify the dangers lurking on our imaginary beach, along with Octopus Safe, and tell your stories using Story Cubes. 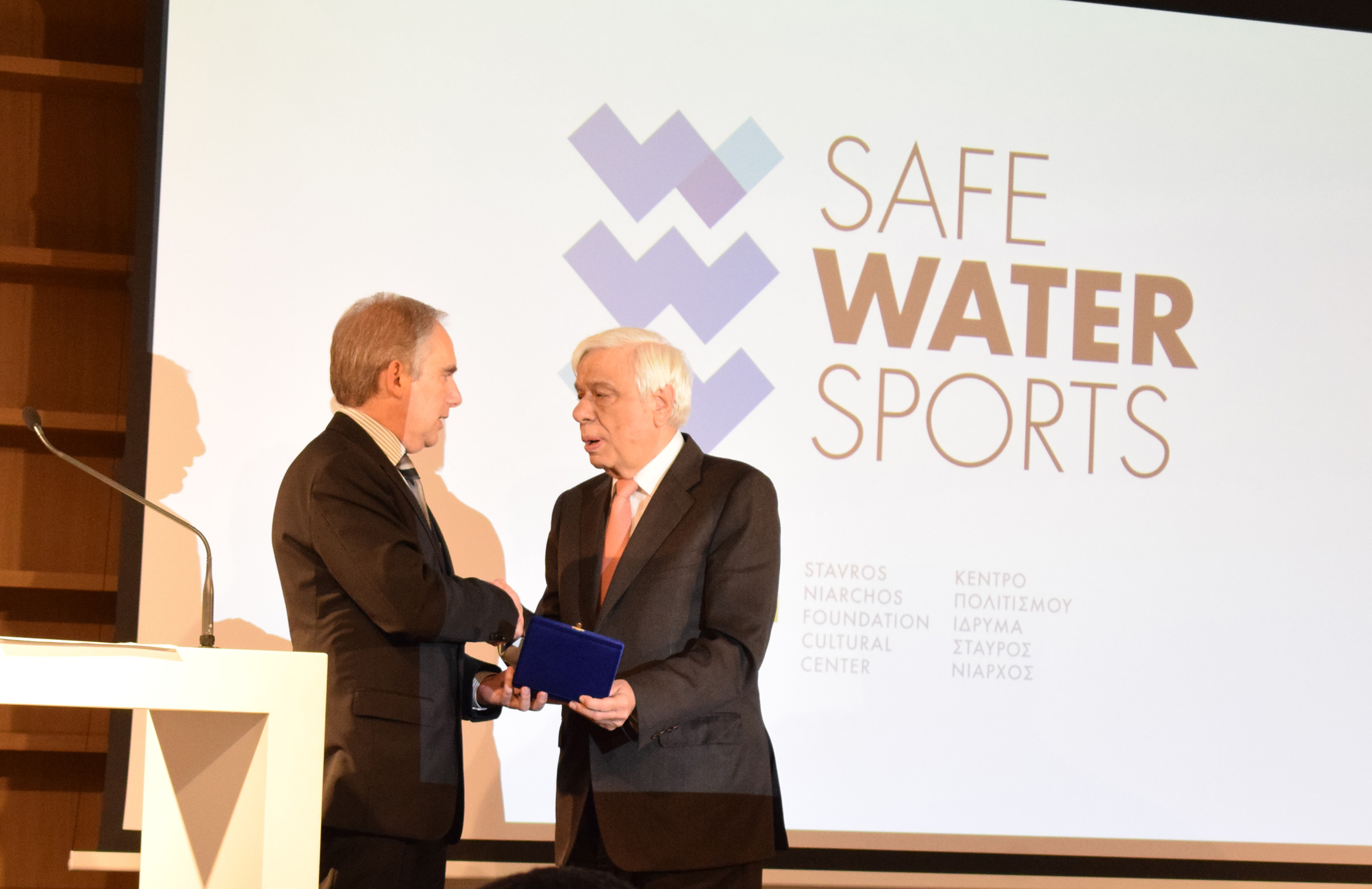 In the presence of the President of the Hellenic Republic, Mr. Prokopios Pavlopoulos, the presentation of the Safe Water Sports educational program about safety in the sea and water that was coorganized by the Non-Profit Organization and Stavros Niarchos Foundational Cultural Center, was carried out with a great success on Friday, March 16, 2018, in the packed Lighthouse of the SNFCC.

The training program of the Non-Profit Organization, Safe Water Sports that addresses primarily to Primary School students, has been approved by the Ministry of Education, Research and Religious Affairs, as it meets the scientific and pedagogical specifications. 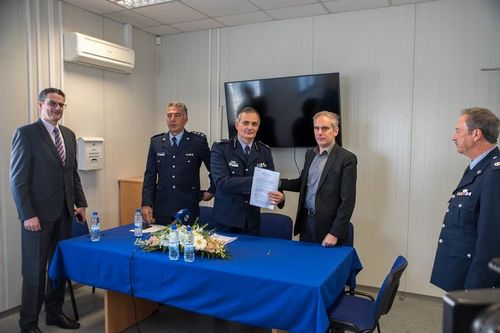 The presence of the Organization was intense, with great interest from the public and with increased awareness after 2 years of operation. Our team of volunteers presented Safe Water Sports initiatives aiming to prevent accidents at sea and in the water and to enhance safety.

Safe Water Sports at the Naval Base Southern Evoia Gulf

On Tuesday, August 29, 2017, Deputy National Defense Minister (ANYETHA) Dimitris Vitsas attended Safe Water Sports presentation of its educational program for the safety as sea and watersports, at the Seafarers Officer's Resort at the Southern Euboea Marine Base in Agia Marina, Attica. The event was organized by the Ministry of Defence and the Hellenic Navy. 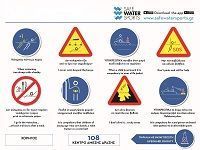 Safe Water Sports signboards are now a prominent feature of Mykonos and Saronicos beaches. These signs are offering warnings, safety instructions for swimming and watersports as well as general informations regarding each beach.

Congratulations to the Municipalities of Saronikos and Mykonos and the mayors, Georgios Sofronis and Konstantinos Koukas respectively, for theis decision to install Safe Water Sports signboards.

We hope that very soon our signboards will be placed to all coastal cities and islands of Greece. 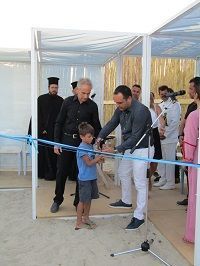 On Sunday, August 13, 2017, at Kalo Livadi beach in Mykonos, the inauguration of our first informational and entertainment kiosk for kids was held with the presence of the island's inhabitants, the political leadership of the country and representatives of the Coast Guard.

The following watersports centers have been already certified: 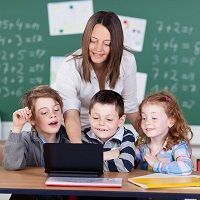 During the current school year, the educational program "PAY ATTENTION – LEARN – CARE” aiming to educate students on safety issues at the sea and the water related activities, was presented to more than 35,000 pupils and 350 schools throughout Greece (in all regions). The Hellenic Coast Guard is making its contribution to this effort, assigning officers employed at the country’s 167 port authorities, which will assume the role of the teacher-presenter, with Safe Water Sports providing suitable educational materials for capturing the attention of the children. The educational cmaterial was developed with the donation of Stavros Niarchos Foundation.

The opening of the exhibition took place on 15/06/2017 at the "HELLAS LIBERTY" floating museum at the port of Piraeus as the culmination of the specially designed children's educational program titled "Pay attention- Learn - Care", the object of which is the prevention of accidents at sea.
Hellenic Coast Guard and Safe Water Sports were the organizers of the exhibition.
Mr. Kourouplis stressed the importance of prevention, saying that "it is the greatest revolutionary intervention in human life. You can anticipate events dramatically, catastrophically, catalytically but also upgrading the quality of your life by preventing it. " He stressed the usefulness of such information initiatives, especially for young children. Mr. Kourouplis congratulated the Ministry of Port Police Directorate on the idea and implementation of the initiative through which primary and secondary school children were informed about the dangers at sea and the beach and how to avoid accidents